When President Donald Trump suggested he was a “stable genius” in a series of tweets two weeks ago, most Americans didn’t take him seriously. A new tweet on Friday — in which he forget a key grade-school grammar lesson — seems to confirm the citizenry’s worst fears.

Trump made the comments following release of excerpts from the book “Fire and Fury,” which details the exploits and dysfunction of his White House, and notably paints Trump as a bumbling fool who cannot make intelligence-based decisions in the Oval Office.

Trump called the book a fabrication, writing that he’s “like, really smart” and describing himself as a “stable genius.”

….Actually, throughout my life, my two greatest assets have been mental stability and being, like, really smart. Crooked Hillary Clinton also played these cards very hard and, as everyone knows, went down in flames. I went from VERY successful businessman, to top T.V. Star…..

….to President of the United States (on my first try). I think that would qualify as not smart, but genius….and a very stable genius at that!

Trump typing out “like, really smart” seems to indicate that he types like a high schooler speaks. His forgetting that this wasn’t his first try running for the presidency (he did so in 2000 with the Reform Party) further confirms that, even in talking about his level of intelligence, he’s not that smart.

That number may descend in the days to come. The poll was taken before Trump’s “shithole” comments, which may indicate a level of stupidity on their own. But a recent tweet by the president on Friday, in which he congratulated House Republicans for passing a continuing resolution to fund the government, includes another signal that Trump is just plain dumb: 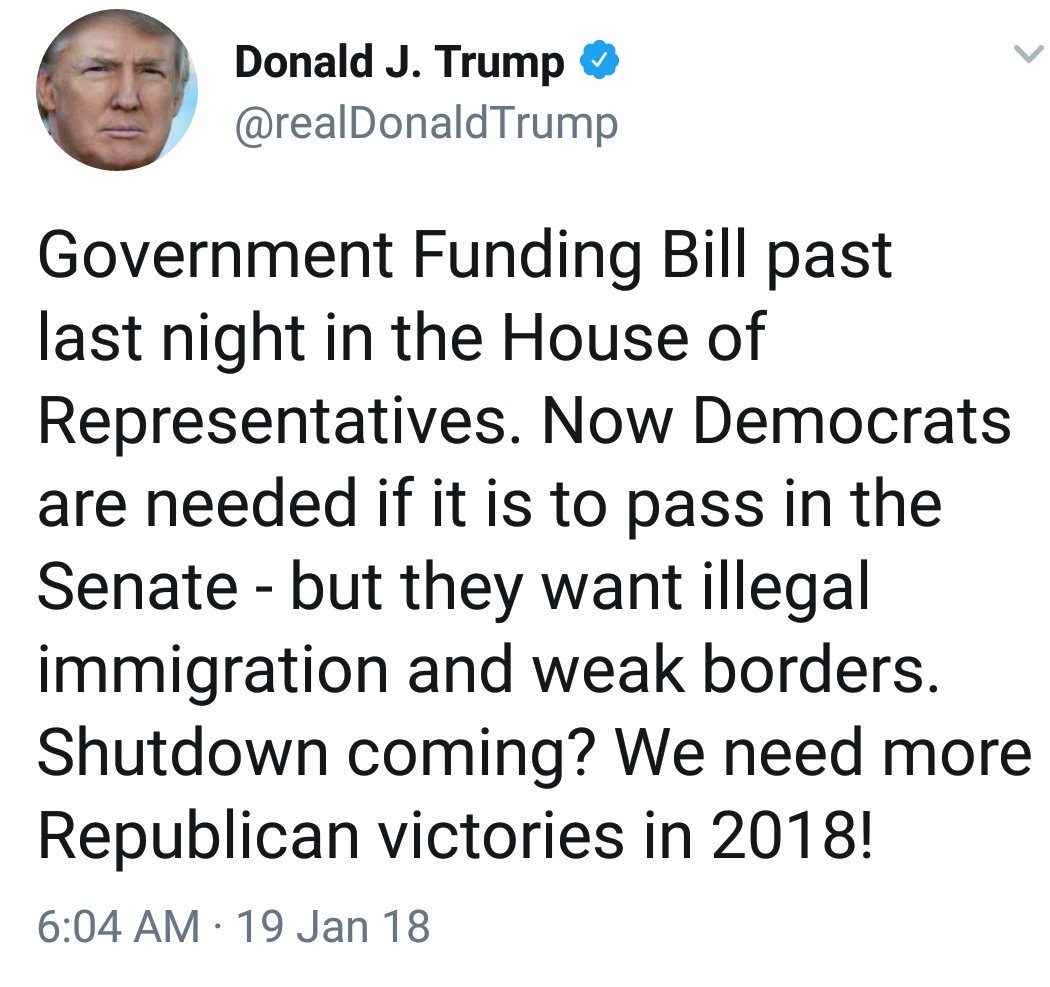 Trump wrote that the funding bill “past” last night. The correct word is “passed.”

It may be a minor slip-up that few will pay much mind to. But taken together with a plethora of mistakes this president has made — both on Twitter and administratively — we can no longer take Trump at his word and believe him when he suggests that he’s a “stable genius.”

Not that Americans had believed as much anyway.

Mitch McConnell Is The Reason The Government Could Shut Down