President Donald Trump has spent his entire life telling the world that he is the best deal maker ever to have lived. He literally has his own reality TV show in which people compete for the privilege of making a deal with him. He has a huge amount of money and power even before he was elected President of the United States and leader of the free world, all of which was thanks to the business empire he inherited from his father and the very low level business tricks he employed to keep on making money such as declaring bankruptcy several times and refusing to release his tax returns so that we cannot see how he has been fiddling his finances to dodge costs.

It should perhaps come as no surprise then that the greatest deal maker the world has ever seen is actually shockingly bad at managing his staff, to the point that the sheer volume of people who have resigned or been fired from his administration is genuinely incredible and almost unprecedented. Considering that most of his senior White House staff is made up of members of his own family, it is quite amazing that the President manages to have such a high turnover rate among his staff. The latest to go, of course, was Secretary of Homeland Security Kirstjen Nielsen who, despite being the very person who presided over the placing of migrants children into cages away from their families, decided that Trump had become “unhinged” and that she could no longer work for him in good conscience.

Nielsen is just the latest in a very, very long line of people who have turned their back on the Trump administration over the past two and a bit years. All the way back at the beginning of 2016, Deputy White House Chief of Staff Katie Walsh resigned after just nine weeks in the job, which must be some kind of record. One thing that stands out in the list of people who have quite the Trump administration is the amazing number who have one on to be indicted or associated with some extremely troubling allegations. Take, for example, former White House National Security Adviser Michael Flynn, who fell foul of the investigation into Russian collusion led by Special Counsel Robert Mueller. Or former adviser Steve Bannon, who has since become a sort of leader of the European far right movement. And those are just the people who quit on this President; plenty still remain in his employ. 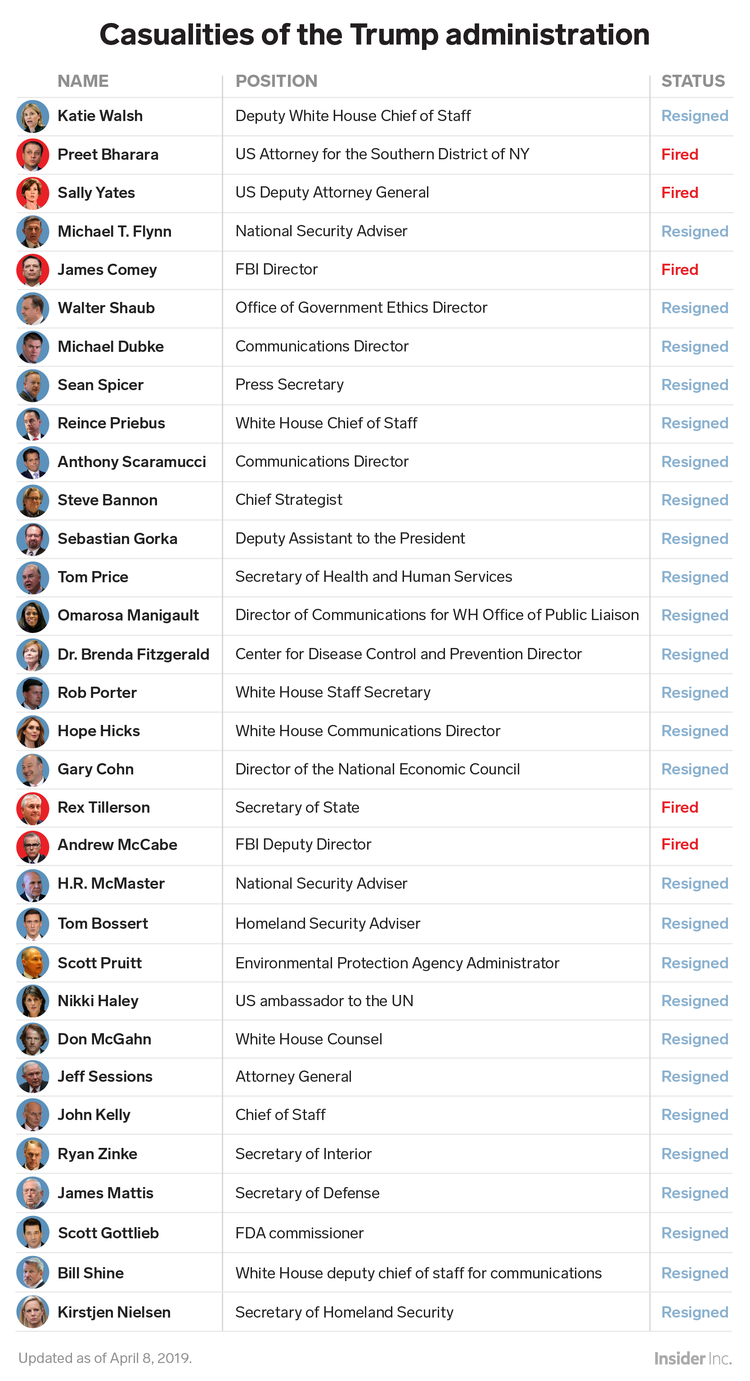 Trump’s Latest Twitter Disaster Is His Most Humiliating Yet