Remember when we all loved to hate President George Bush? Back in the good ‘ole days when the leader of the Free World was a highly educated  politician, and, while conniving in his own way and started a war, wasn’t a small, whining child in a large man’s aging body.

Well, at a George W. Bush Institute sponsored forum on security on Thursday, President Bush denounced white supremacy. Like a normal, decent human being. It’s amazing how our expectations have lowered.

“Bigotry seems emboldened. Our politics seem more vulnerable to conspiracy theories and outright fabrication,” said Bush. Later, he added, “Bigotry or white supremacy in any form is blasphemy against the American creed.” He also criticized the “governing class,” and although he did not call President Donald Trump out by name, we all knew what he was saying. “Our governing class has often been paralyzed in the face of obvious and pressing needs. The American dream of upward mobility seems out of reach for some who feel left behind in a changing economy,” said Bush. 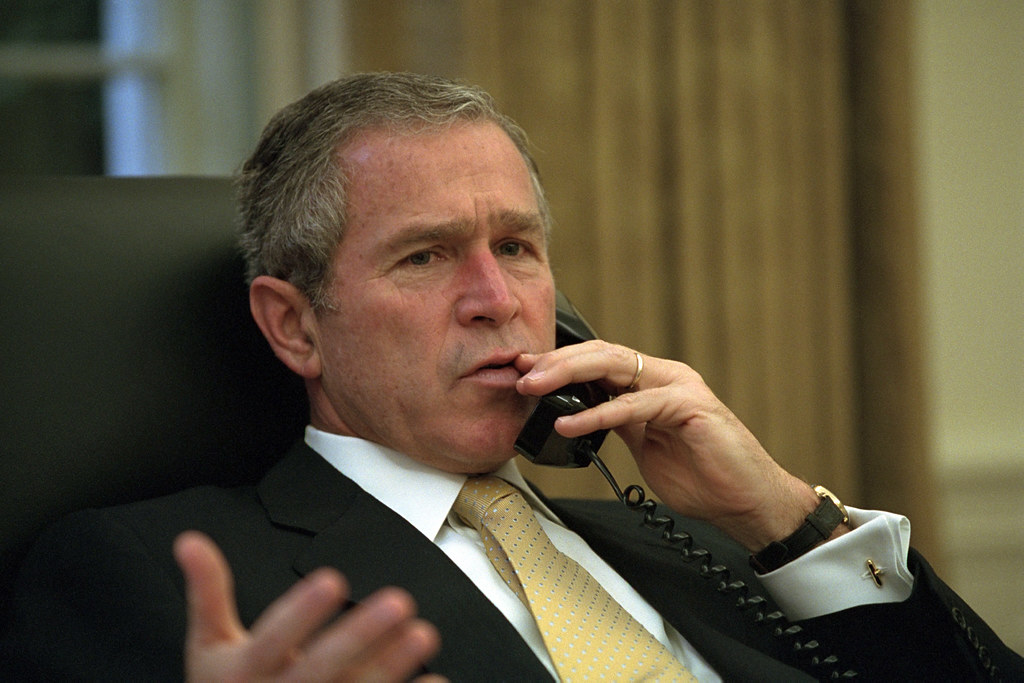 Now, I’m not saying I have ever agreed with Bush’s politics, because I haven’t, but this is something that he and I do agree on. And I bet a lot of left leaners had the same reaction. Which is a huge deal.

The ideals of white nationalism have been coming into the public eye more and more these days, stemming from Trump’s campaign speeches, to now being out so openly that white supremacists are marching down the street, chanting their hateful rhetoric, in Charlottesville, VA. This needs to end, and soon.  There is no superior race; if anyone actually read the Bible, which white supremacists use in the name of for their hate, it is written in black and white how we must all love each other as we love ourselves and we are all equal. In this case, listen to Bush, help end white supremacy, spread kindness to all instead of bigotry. Admire and celebrate each other for our differences.

Trump Gave Himself A Perfect Score On Puerto Rico Response, Then Anderson Cooper Let Him Have It